The End of an Era: Farewell, Neighbours

Everyone’s heard of Neighbours. If they don’t watch this Australian soap opera, they’re probably at least familiar with the theme tune. Or that one young couple who got married. Or maybe that dog who had a dream about marrying another dog. Or Harold going missing and returning from the dead years later. The only Neighbours events that exist as far as pop culture is concerned. Whilst the show may only dream of the viewing figures it reached back in the day, it still has a fiercely loyal fanbase and achieves impressive daytime ratings here in the UK. It regularly outperforms two of the British daily serial dramas and is frequently amongst its UK broadcaster’s most-watched shows. Sadly, after 37 and a half years, the serial will air for the final time. To mark this poignant occasion, I wanted to take some time to share my journey with this down-to-Earth, slice-of-life drama, which has been a constant throughout my entire life.

END_OF_DOCUMENT_TOKEN_TO_BE_REPLACED 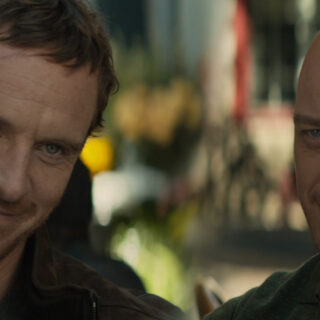 In 1963, Marvel’s Stan Lee and Jack Kirby launched a new comic book series: X-Men. The series focuses on a fictional subspecies of humans named mutants, who possess the X-Gene in their DNA which causes them to develop superhuman abilities which generally manifest during adolescence. The stories traditionally focus on a particular group of mutants—the X-Men—in their fight for acceptance and equality in a world where hate, discrimination and bigotry towards mutants are rife. The X-Men are traditionally led by Professor Charles Xavier, alias Professor X, who strives for peace and understanding between mutants and humans. They are often antagonised by Max Eisenhardt, alias Erik Lehnsherr or Magneto. He has felt the wrath of humanity all his life and, as a result, has a more extreme ideology. He sees humans as a threat to mutants’ very existence and is willing to use whatever force possible to fight back. In the mid-’90s, 20th Century Fox obtained the film rights to the franchise from a financially-struggling Marvel. On 14th July 2000, the first film enjoyed its public release, changing the landscape of superhero movies forever.